A game is a popular type of human activity aimed at satisfying the needs for pleasure, entertainment and distraction from the real world, relieving tension and developing special skills for self-expression and bringing joy in itself. In the EasyCash game, the user is given a unique opportunity to play and earn real money in the game, while at the same time there is no need to be in the game around the clock.
The essence of the game is that the player buys game characters for the game currency, in this case it is iron – which helps to mine the internal cryptocurrency. Each such character differs in power, cost and the number of coins mined per hour. That is, having bought a sufficient number of video cards, farms and miners, once an hour they will steadily bring money, with which you can buy more characters or withdraw them, converting them into real money. In the game itself there are lotteries - daily and weekly, they differ in the number of winning coins and the number of players playing in them. In lotteries, you can bet and win – thereby multiplying your fortune. The game also has its own crypto exchange, where you can play on the jumps of the domestic currency.
It is worth mentioning that the game has a referral program, according to which you will receive up to 30% of the referral and at a distance of up to 5 referrals in depth.
This game will not let you get bored for a second, it has a unique and simple, intuitive interface, a large number of internal games and characters. 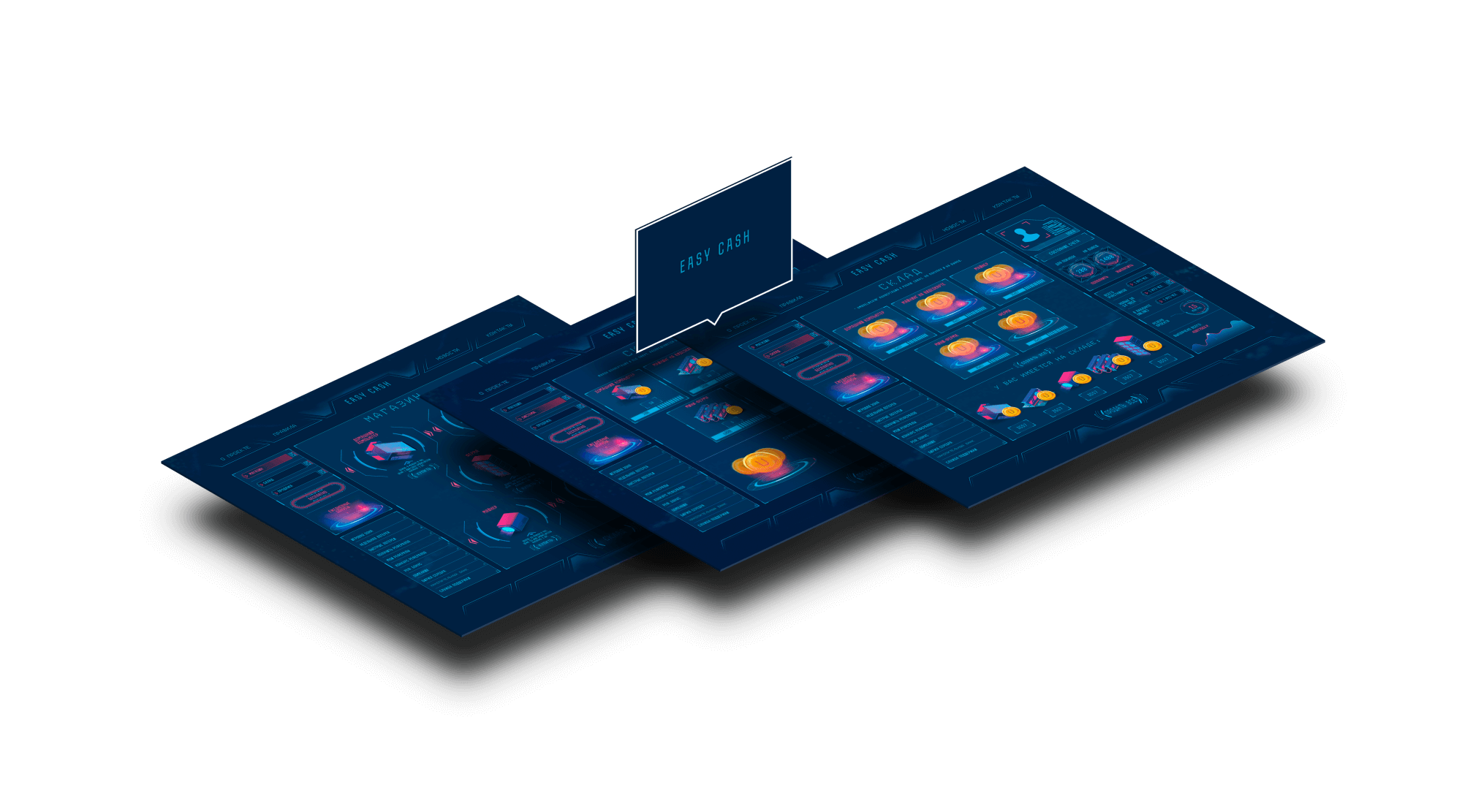 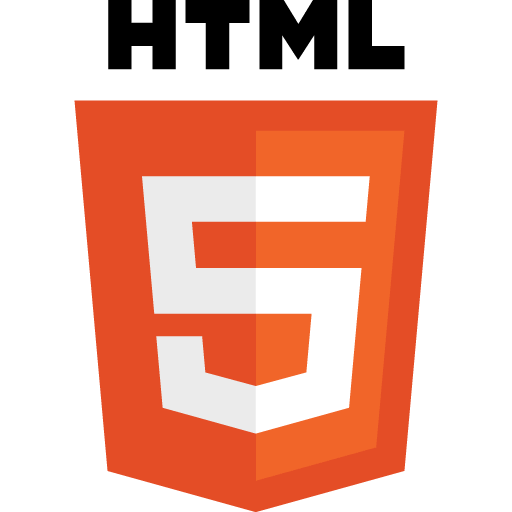 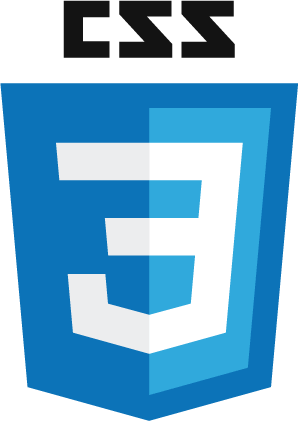 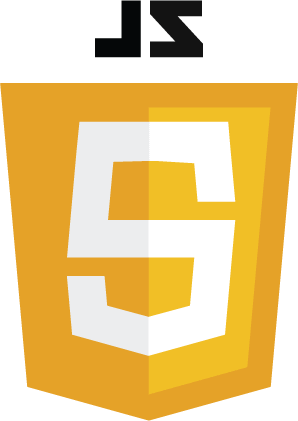 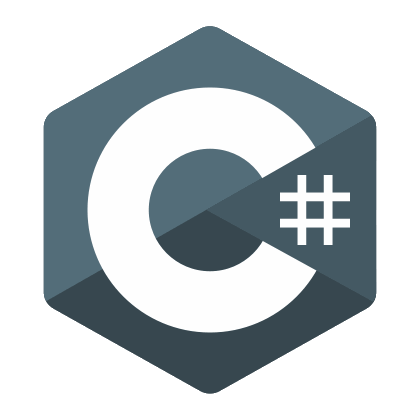 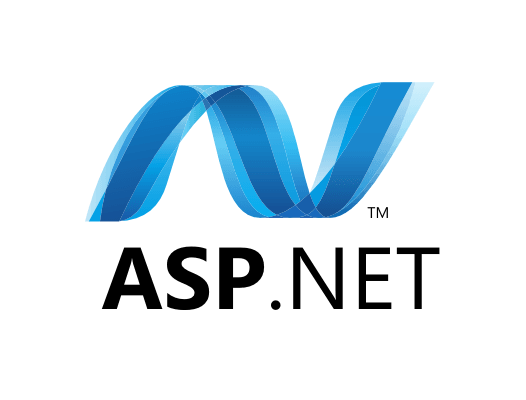 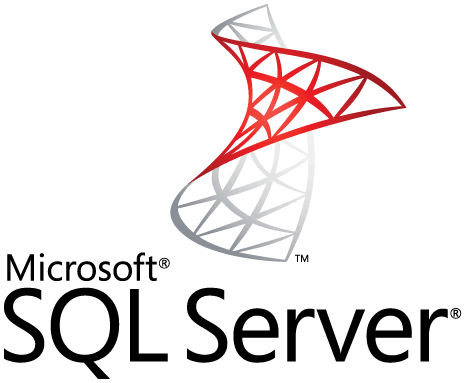 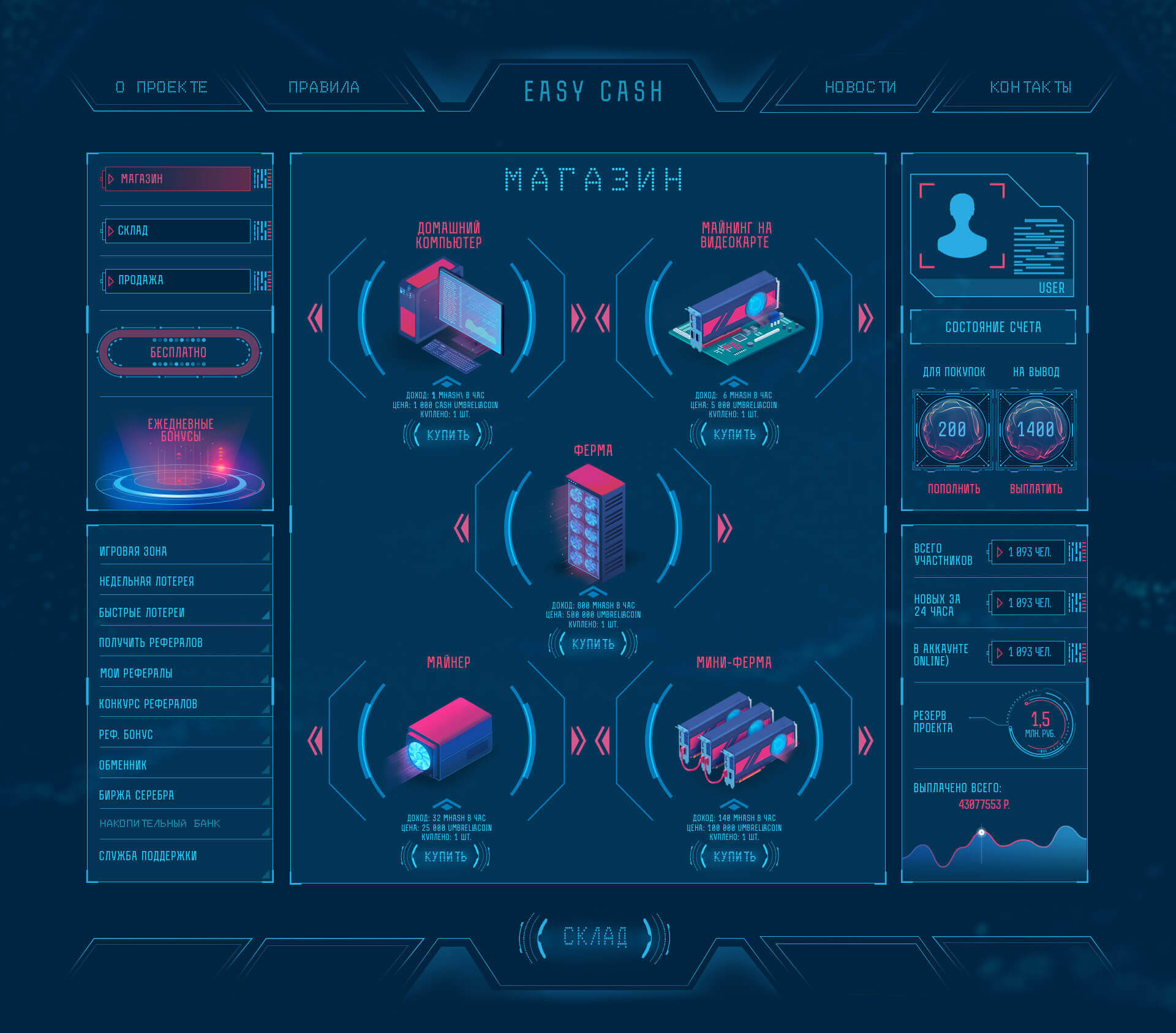 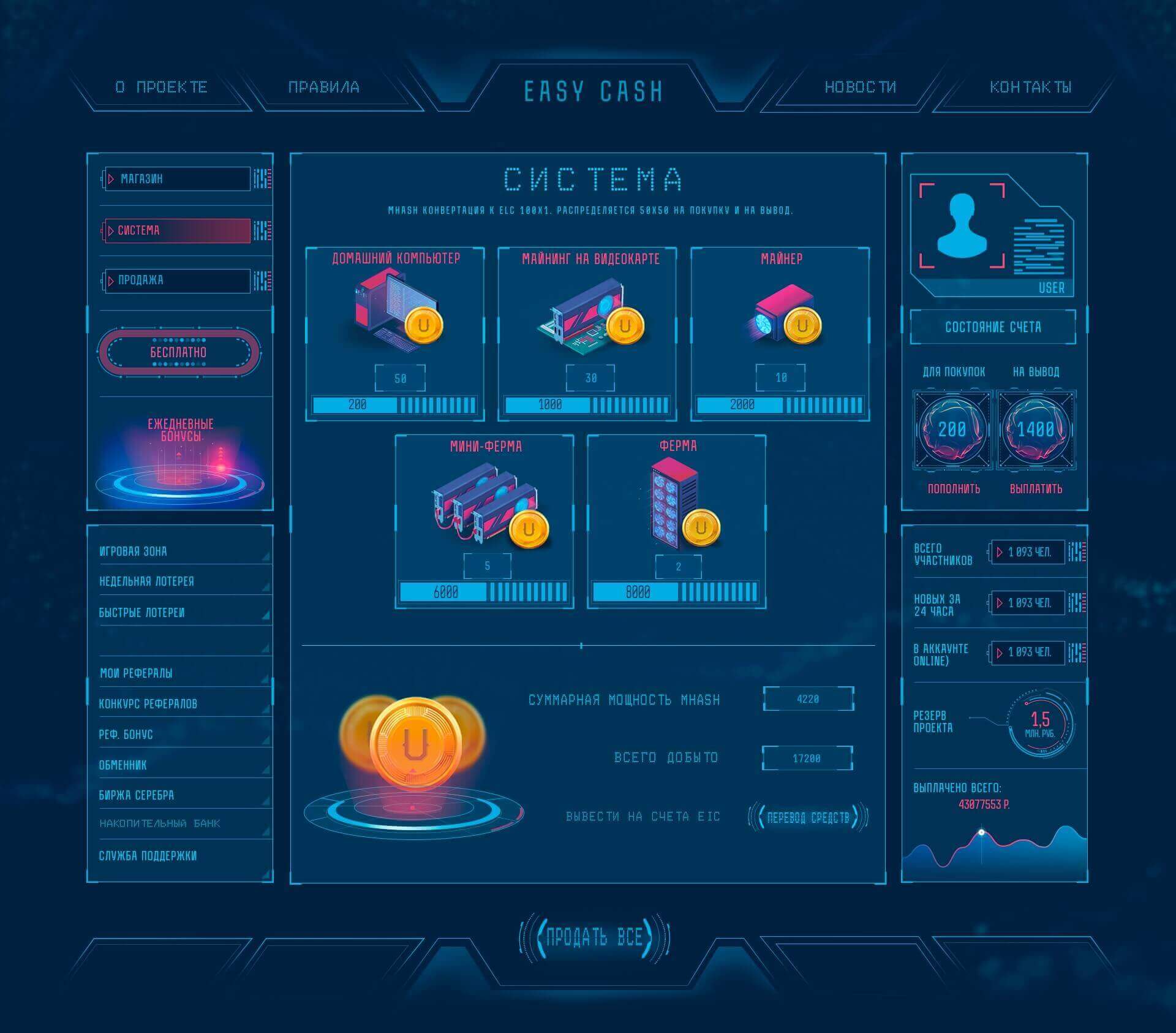 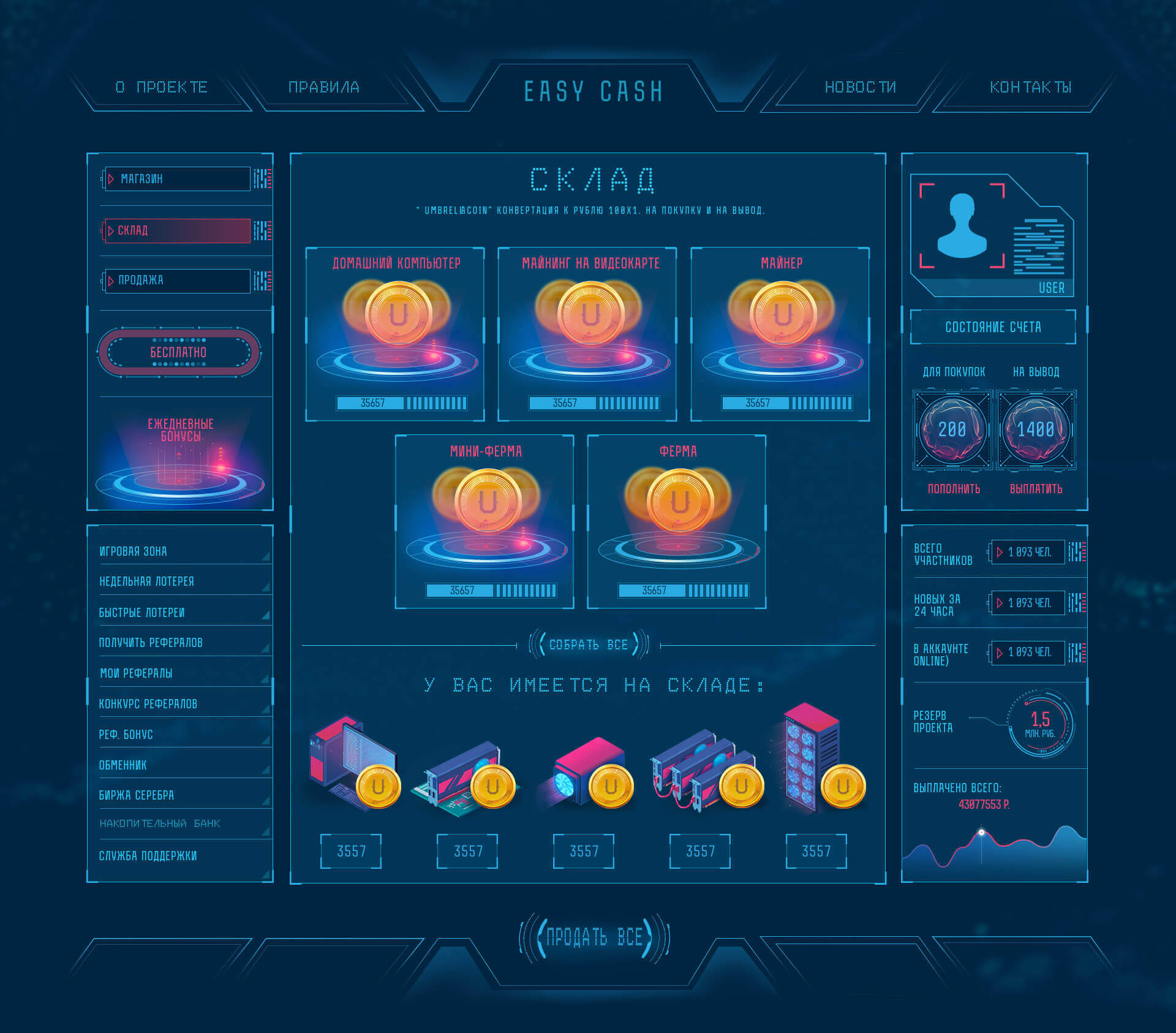 Software development taking into account the industry specifics of the business. We reduce costs by automating business processes and manual labor, there is a reduction in the number of errors in production. The increase in the coherence of staff actions and the quality of their work.

We develop cross-platform and native mobile applications. We integrate internal and external systems into the application. We develop a backend with complex logic and easy understanding, work with loaded databases and with streaming data processing.

Using only advanced technologies, our team will help you realize your idea: choose the right tool, work out hypotheses, develop an MVP, and also release the product to the market. Every new order is a new challenge for our company.

After the development and launch of the software product, we offer a full technical support service

Adaptation to the requirements of OS updates

The technology platforms we use

To help our customers, we are constantly expanding our capabilities by exploring and using new technologies